Once the Prophet and his Companions Owere conversing in the Mosque of Madinah. Some moments later,a Bedouin Arab entered the mosque and defiled a spot in the precincts of the sanctuary. The Prophet’s Companions became furious and rose to beat up the Bedouin. The Prophet forbade them and instead directed them to purify the soiled spot by pouring a bucket of water on it. The Bedouin thereafter returned to his tribe. Since this experience with the Prophet influenced him profoundly, he would roam about the streets telling his tribesmen how he had desecrated Muslims’ place of worship. He would enthusiastically exclaim: “By God, Muhammed did not rebuke me! By God, Muhammad did not chastise me!” (Sunan Ibn Majah 1:529) 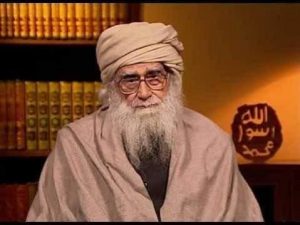 This single act of kindness and forgiveness which cost only a bucket of water encouraged the Bedouin’s entire tribe to accept Islam. On the contrary, we Muslims in the present day lose no time in shedding blood when faced with instances of the above kind. We are prepared to let the blood fall but have no strength to pour a “bucket of water” to calm down a tense situation. We consider it beneath our prestige to clean “the dirt” left by an ignorant person. Instead of overlooking and remedying the folly of an ignorant person, we allow the matter to escalate out of control leading to a riot that spills blood all over the streets. We let blood flow where “water” is sufficient.

The Companions of the Prophet followed his advice of pouring water and cleaning the spot defiled by the Bedouin. Such noble conduct on the part of the Prophet deeply impressed the Bedouin who would narrate the incident to every person in his tribe and then proclaim with astonishment: “By God, Muhammad did not reproach me! By God, Muhammad did not punish me!” Just one bucket of water served to mellow down and subdue a whole tribe of people. In comparison, the volume of blood that we have sacrificed in present times has given us nothing in return. Up until now, we have spent the blood equivalent of thousands of buckets. But has this enormous quantity of blood conquered the heart of even one person?

In the past several decades, our failure to follow the prophetic model of avoidance and patience has made us incur heavy losses. The Prophet demonstrated wisdom in not getting enmeshed in disputes. Moreover, he had the foresight to manage problems created by others so that a potentially explosive situation could be nipped in the bud before it intensified beyond peaceful resolution. Present Muslims’ actions have been utterly inconsequential in
resolving matters and were unable to influence even a single person to change his mind. In the past, the Prophet’s sublime behaviour proved to be an irresistible force in winning over the hearts and minds of large groups of people.

The Prophet’s model inspires us to gain the love and sympathy of people through kindness, benevolence, forgiveness and patience. Bloodshed can spread conflict in society, but it can never persuade people to soften their stance in our favour.

The above article has been extracted from the book entitled “Islam and Human Welfare” authored by renowned Islamic scholar Maulana Wahiduddin Khan and translated by Mohd. Muslim Wani (Himalayan Centre for Peace and Objective Studies Rajouri). This book is going to be released shortly and is based on a historical speech given by Maulana Khan at Tagore Hall , Srinagar in 1989.

Social Status Of Women In Islam – Myths And Facts

Karbala: Philosophy And Our Responsibility