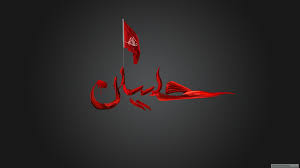 As Muharram is proceeding to remember the martyrdom of Imam Hussain (AS), the grandson of Prophet Mohammad (SAW) and other martyrs of Karbala, a wave of mourning in the form of special remembrance, processions etc are witnessed in every part of the world.

Thousands of people mourn over Hussain and lament over the Umayyad’s policies and their way of treating Ahlibayat (family members of Prophet).

Since 1400 yeas, when the tragedy of Karbala took place, every year Muslims, especially the Shia Muslims take out mourning processions, organize Majlises and special remembrances in honor of Hazar Immam Hussain, who laid his life and that the lives of his close ones to safeguard the interests of Islam. The Islam that was preached by Prophet Mohammad (SAW).

Why people from all over the world participate in Moharram processions? What is the philosophy behind the Karbala and what lessons we are drawing out of the Karbala tragedy? As human being we try to reason on everything, so these questions are there and will always arise in our minds, until we find the answers and the values that the Hussain and Karbala tragedy gave to the world. We have to reflect them through our actions.

Back to 1400 years, when the ignorant society that was enlightened, modernized and reformed by Prophet Mohammad. It was a period of transition from darkness to the enlightenment. And out of it, there came a peaceful and evil free Islamic world where everyone could find the guarantee of a dignified life. But then came a period of Umayyads, everything had been changed, the system had become immoral, oppressive, and corrupt.  All the evil practices were rampant under the rule of Yazeed Ibn Muawiya. He declared marriage between brother and sister, adultery, and fornication to be permissible. Under his rule oppression, corruption and liquor consumption became common and permissible. He rejected the Quran and Islamic laws and abandoned offering regular Salah (Namaaz). He had surpassed all the limitations and boundaries of evil. Islam was put in the veil of ignorance. All the Islamic principles were being avoided and they were being interpreted in a negative way. Yazeed introduced himself as a vice-regent of God on earth. He introduced the new kind of Islam in which he gave priority to injustice, allowed violence, and oppression tactics especially against women.

While leaving Medina Hussain (AS) left a will to Mohammad Ibne Hanafiyah, O my brother, “I have not risen out of arrogance or pride neither out of mischief or Injustice, to spread evil or to show off, nor for spreading immorality or oppression. But I have left for the betterment of the ummah of my grandfather and I desire to propagate the religion and forbid against evil, following the foot-steps of my grandfather and Father Ali bin Abi Talib (AS).”

But the ignorance is at its zenith and several ill-informed people narrates the tragedy of Karbala wrongly and mischievously propagated Hussain’s travel from Medina to Karbala as a struggle for power which is a complete lie.

If we go through the history, the fact is cleared by the will of Imam Hussain that it was neither a struggle to restore legitimacy following the usurpation of power nor there was any other self-motive of Hussain. He wanted to protect the Islam and guide people to the right path. It is the reason that Hussain (AS), on the journey, besides his followers, friends, was also accompanied by his family, as young as 6 months and as old as over 90 years, as detailed by historians.

The mission of Imam Hussain to reflect the real character of supernatural being human by setting up values of humanity. The purpose of Karbala is to introduce us with the identity of being human. While explaining the purpose and philosophy of the tragedy of Karbala, famous philosopher, poet Allama Iqbal writes

meaning, If Imam Hussain’s aim was to gain the kingdom, he would not have travelled with such little equipment. So, the only aim behind refusing to give allegiance was to uphold the truth and glory of Islam. Being the grandson and representative of the Prophet and the Imam of the world, Hussain was determined to stop the brutal ruler Yazeed from deteriorating the political and social situations and take the whole society out of misery and painful situation.

On 10th Muharram, Imam Hussain, central figure capable of restoring Islamic values, stood on a land of Karbala to stop the devilish and tyrannical powers that had just become a blemish on Islam by introducing heretic and schism in Islam. He sacrificed everything, his life, property to save Islam and the society from Yazeed. He lost all his nears and dears and brought them one by one to camps and buried his six month infant child. He remained alone bleeding at the land of Karbala but stood against injustice and for securing the right to self-determination as given by Quran and Islamic laws.

Islam never supported slavery and oppression of any kind and Hussain (AS) stood against these evil practices.

When his followers, family members and friends fell down on the land of Karbala while taking on the evil Yazeed, his final call “is there anyone to help me, to help my cause” (“Hull Min Nasser Yensurna”) even holds true for the modern times. It was a clear message for the people to rise-up against the evil, against tyranny and support every cause of justice.

The philosophy of Karbala proved a battle between truth versus falsehood, virtue versus evil and oppressed versus oppressor and how the oppressed while sacrificing his everything still won the battle and became a hero for the whole world. Today Hussain is everywhere and Yazeen is nowhere. Today Muslims proudly name their kids as Hussain but there is no Yazeed by name anywhere in the world.

In Karbala it was 72 rights against 90,000 evils, proving number does not matter but the determination and righteous path always touches heights. It clarifies that the numerical superiority doesn’t count but only seventy-two, despite being slaughtered, can manifest the survival of truth. It gives a jolt to the sleeping conscience, dead moral sense of right and wrong, of people who have ethically slumbered.

“The best lesson which we get from the tragedy of Karbala is that Hussain and his companions were the rigid believers of God. They illustrated that numerical superiority does not count when it comes to truth and falsehood. The victory of Hussain despite his minority marvels me!” —Thomas Carlyle

The tragedy of Karbala should not be seen merely as a fight and an encounter of the oppressed versus the oppressor, the head of all virtue Hussain versus the head of all evil Yazeed and it has not only made us to mourn over the martyrs of Karbala and lament on Yazeed but  the events of Karbala have left the lessons of courage, patience, honesty, equality, liberty and fraternity for us. It is not merely a battle but a complete university that has completely transformed the world and produced great scholars to the world.

The open university of Karbala is preparing us for the practical life and for the existence of humanity as supernatural being. It is the university that teaches us how to sacrifice your ego and attitude and to give respect to those who deserve it. It teaches us how to stood against the oppression and miseries, how to overcome all miseries without violence, it makes us how to liberate the world from terrorism and teaches us that there is equality, no body enjoys any special privilege by birth rather by virtue. Everyone has a right to of a dignified life. It teaches us that dignified death is better than a humiliated life. It does not focus mainly on masculinity that how Hussain and all other males showed courage, patience and sacrificed their life to liberate the world rather it has the role models of feminine leadership also namely Hazrat Zainab(SA) and Hazrat Umme Kulsoom (SA) the daughters of Hazrat Ali (AS) who spread the cause of Hussain throughout the world and kept the incident and mission of Karbala alive through their speeches. Hazrat Zainab exposed the barbarity and evils of Yazeed and brought a new revolution after the incident of Karbala. The role of the Zainab Bint E Ali is always motivating and empowering the women of their role in the present world. It is Zainab who acknowledged the world that the events of Karbala were the ultimate struggle of Hussain to restore truth and justice against the falsehood.

The    episode of Karbala without Zainab is incomplete as where the Hussain left it, Zainab takes over the command, challenged and exposed the policies of Yazeed. Zainab while leading caravan to Syria traveling in chains on foot challenged the Yazeed in his court and shook the pillars of Yazeed’s throne and publicized this philosophy in front of the world that Yazeed was and Hussain is. Zainab seems as an active responder to political oppression and treachery.

So, we are mourning and commemorating the event of Karbala everywhere in way to make it as it happened in a very near time; firstly, so that people could not forget it like Ghadeer and other important events in the history of Muslim world; second, It is important to spread the lessons of Karbala to the future generation to make them understand how oppressor can be defeated with truth and facts.

The martyrdom of Karbala is not only to get sacrificed and to shed their blood but enriched with lot of lessons such as truth, justice, courage, patience, tolerance, honesty etc.  Therefore, it is the prime responsibility to imbibe the teachings of Karbala.  The message and teaching of Karbala have lot of impact on our social and moral life. These events without any compulsion and imposition prompts us to devote our time to listen to the tragedy of Karbala and the lessons we draw from that helps us to spread to the teachings of Karbala. So, everywhere the lovers of Imam Hussain and the followers of Holy Prophet Muhammad (SAW), through grief, sorrow and tears, keep the message, cause and purpose of the greatest martyrdom of Karbala alive in human history.

Note: Views are of authors’ own.

Flying Museum To Honor Diego Maradona Ahead Of World Cup

For The First Time In Medical History, Cancer Vanishes In All Patients During ‘Drug Trial’