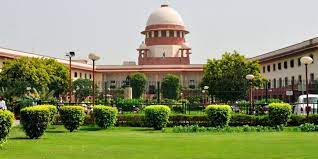 The Supreme Court on Thursday passed a split verdict on a batch of appeals challenging restriction on Muslim girl students wearing Hijab in educational institutions in Karnataka.

The two Judge bench of Supreme Court consisting of Justices Hemant Gupta and Sudhanshu Dhulia, announced that there was a “divergence in opinion” between the two judges. The case will now be referred to the Chief Justice of India for appropriate directions.

According to the reports, Justice Hemant Gupta dismissed the 26 appeals filed against the judgment of the Karnataka High Court which held that hijab was not an essential practice of Islam and allowed the ban on wearing headscarf in educational institutions in the State.

However, Justice Sudhanshu Dhulia set aside the Karnataka High Court judgment and held that the entire concept of essential religious practice was not essential to the dispute.

Justice Dhulia said that the foremost question on his mind was the education of the girl child. “Are we making her life any better? That was a question in my mind…I have quashed the Government Order of February 5 and have ordered the removal of the restrictions…I have held that the judgment in Bijoe Emmanuel squarely covers the issue,” as reported by legal news website Live Law.

India | It Is 1 Billion Doses In Fight Against Covid 19