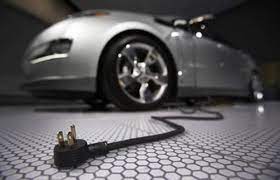 Delhi is emerging as India’s electric vehicle capital, with electric vehicles accounting for 9.3% of all vehicle purchases in the city so far this year. For the past three years, according to the Federation of Automobile Dealers Associations of India, the sales of electric two-wheelers and cars had increased exponentially by 425% and 257% annually. The initiative started with the central and state government mandate of providing subsidies to early EV adopters.

The rise in the sales of EVs gave confidence to OEMs to ramp up their production capacity. Customers using EV fleet services in Delhi enjoy their rides by using electric cars from their homes, and offices to the airports and beyond. The entire electric vehicle network will be managed by creating charging infrastructure networks on the busiest routes. There are many charging point operators (CPOs) working in this space, making charging infrastructure networks more accessible and allowing EV fleet operators to go farther if needed. Although utilization of chargers in Delhi-NCR has been under 15% as of 2021 and it is projected to increase by 10-15% by end of this year. According to surveys, a few companies based out of Delhi NCR are working in the field of development of EV chargers well before the EV buzz happened in INDIA. A few names are; Exicom, Delta, EVI Technologies, and Okaya.

The companies did get early orders through government tenders and corporates as OEMs. Nowadays, it is not only about designing & manufacturing but service & operation part of the product, which really matters.
There are about 1919 charging stations in DELHI, mostly slow and medium chargers for electric three-wheelers and medium and fast chargers for electric cars (source: www.ev.delhi.gov.in). Electric two-wheelers are mostly charged at home through portable chargers.
A few companies like Static, Bolt, etc., cover most of the NCR market in terms of charging point presence, as charger operation services offer low-cost slow chargers at suitable locations. Speaking of the initial solution providers, with the exception of EVI Technologies, they are all focused on manufacturing EV chargers to meet the needs of PAN India by the private and government sectors.

EVI Tech started as a design house from the IIT Delhi campus to solve the slow charging and lack of charging infrastructure problem in INDIA. EVI Technologies took the initiative to build charging stations in INDIA to improve the product design and user experience. EVI Technologies is also now managing fast charging networks as a technology partner to several OEMs and Operators in Delhi and also working on the government’s Electric National Highway initiative along with Exicom, Delta & Okaya. Home Grown start-ups like EVI Technologies that have solved local problems will complete the entire ecosystem with new entrants like static & Bolt to make Delhi the electric vehicle capital of the country.

According to Mr. Rupesh, CEO of EVI Technologies “Apart from the availability of chargers, one of the major issues surrounding charging of EVs is their charging time. Therefore, multitasking vehicle charging with other activities can be a win-win proposition.” He also added, “We are committed to not just providing an EV charging facility but also to collaborating with Delhi Government for increasing awareness about Electric Vehicles among our consumers.”

Flying Museum To Honor Diego Maradona Ahead Of World Cup

Social Status Of Women In Islam – Myths And Facts