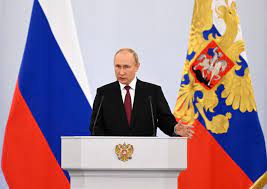 The summit is scheduled to take place on November 15-16 at the Indonesian Island of Bali.

US President Joe Biden in March said Russia should be ejected from the G-20 in retaliation for the invasion of Ukraine. Indonesian President Joko Widodo refused to withdraw the invitation to Putin as his country, which holds the G-20’s rotating presidency, sought to maintain a neutral position. Instead, Widodo also invited Ukrainian President Volodymyr Zelenskiy to the summit as a guest.

Will They Meet? All Eyes On India, Pakistan Foreign Ministers’ Visits To The UAE

What Is a Genetically Modified Crop? A European Ruling Sows Confusion

Sri Lanka Announces Default On Its All External Debt