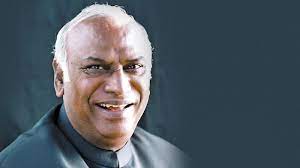 The Congress party on Wednesday announced senior leader Mallikarjun Kharge as its new President taking over the Party top post from Gandhi’s after 24 years.

According to the results announced by the Congress election committee, Mallikarjun Kharge polled 1897 votes against his rival candidate Shashi Tharoor. The Thiruvananthapuram got on 1072 votes and around 416 votes were declared as invalid.

Less Than 100 Beds Available In Delhi, Positivity Rate Jumps To 30%