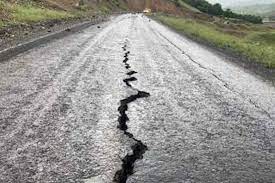 Media reports that the loss of lives occurred in Nepal’s Doti district where several houses collapsed due to the earthquake. Relief and rescue operation is underway in the area.

The National Centre for Seismology (NCS) said the epicentre of the 6.3-magnitude earthquake, which struck at 1.57 am, was in Nepal, about 90 km east-southeast of Pithoragarh. The region has been experiencing lower magnitude quakes for the last few days.

The National Earthquake Monitoring Centre of Nepal said a 6.6-magnitude quake was recorded at 2.12 am. The epicentre was the Doti district.

(With Inputs from the media reports)

Ranil Wickremesinghe Elected As The New President Of Sri Lanka

PM Modi Calls Off Visit To Portugal For India-EU Summit